The title of this blog article is borrowed from sir Isaac Newton, a scientist, who fundamentally changed the thinking of the scientific community of his times. His original volume “Philosophiae Naturalis Principia Mathematica” presented a thoroughly new view – the Universal Law of Gravitation that provided the paradigm of modern physics for centuries to come.

My topic in this blog is the universal idea of the principle of mastication. As my title implies, I have a lot of respect for sir Isaac Newton, but also, the universal principles of mastication occurred to me while chewing an apple. There exists the famous story of how Newton whilst sitting underneath an apple tree, got hit on the head by a falling apple. And he suddenly thought of the Universal Law of Gravitation. 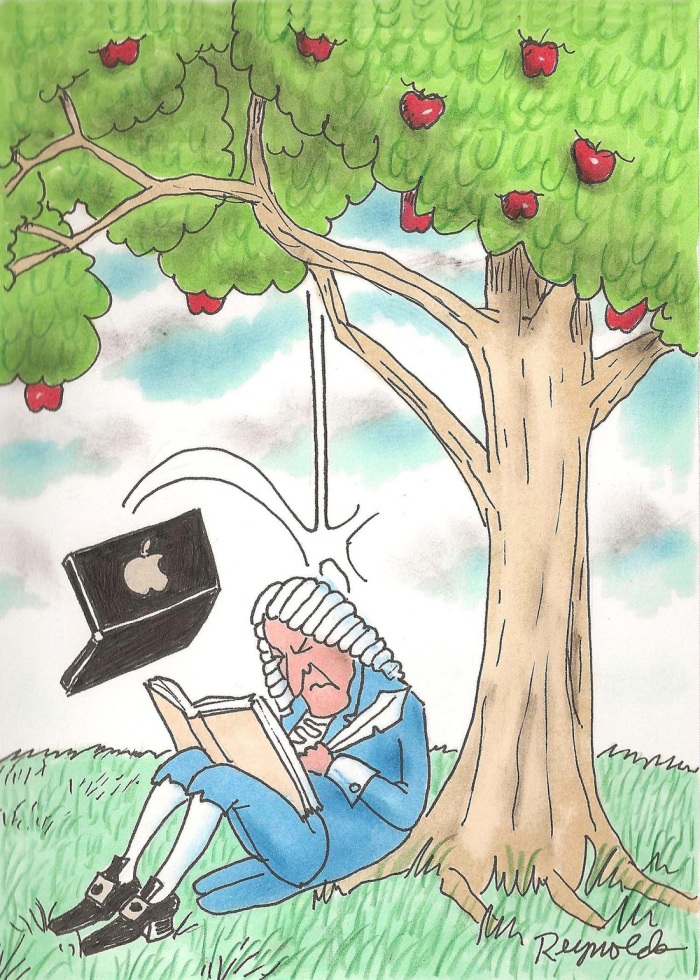 Blogbites.net is a blog about bites. As the author of this blog I hereby announce myself as the self-proclaimed Isaac Newton of the sciences of mastication. The following is an account of the ideas I have been chewing on lately.

I am sure that everybody agrees that what it comes to an agreement of bite-related issues among dental professionals and scientists, there is none. There is no agreement what the guiding principles behind the phenomenon of mastication actually are. Educated scientists are opening their lectures with a credo: ”I believe the group-function in lateral excursions is best for our patients…”

Only to be followed by a lecturer from another school of thought stating the totally opposite: “ I believe the canine-guidance is the only desirable way of arranging the lateral excursions of our patients…”

There can be no other explanation for these two conflicting credos, but the lack of instruments to comprehensively explain why bite happens as it happens. If we do not have measurable facts to back our opinions, we will remain believers, not scientists.

However, a new measuring tool for the events taking place in mastication is available. For almost three decades ever increasing amount of information has been collected from studies using computer-aided pressure-sensors to detect events that happen in bite-dynamics. The modern Tscan is an easy-to use hand-held piece of equipment for every dentist to use. 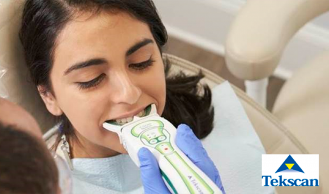 The Tscan is a non-invasive tool that provides the clinician and researcher data about the bite-dynamics, that previously could only be dreamed of. The Tscan not only shows how much and where in dentition the occlusal forces happen, but it also shows the time sequence of occlusal contact point distribution.

There is a lot of information in a Tscan movie. You can watch on your computer screen where the occlusal points of loading are appearing on your patient’s dental arch – in slow motion. The Tscan is kind of a magnifying glass of time to visualize the rapid sequences of occlusion contact forces in slow motion. With a little practice the clinician learns to gather information from Tscan-movies in a similar way we gain information from examining x-ray images. Indeed, the Tscan is a tool at least as useful and necessary for my dental practice as is the X-ray unit. Every dentist is immediately alarmed the instant they see a periapical radiolucency in a dental X-ray image of their patient. For me, I am in a similar way alerted immediately at a single glance as I see a staggered, wobbly total force –line in a Tscan-graph.

During the couple of years that I have had a Tscan in my disposal I have learned to see the sequence of occlusion in a more organized manner. Sitting down and watching hundreds and thousands of movies of occlusion of my patients has raised a lot of questions for me. For many of the questions that arose from my Tscan-data, and during my whole 30 years of career as a practicing dentist, I could not find answers in the current literature of occlusion sciences.

Until, I had my heuristic moment!

Here on the other day, as I was in the action of chewing a piece of apple, I suddenly realized the obvious fact, that as soon as I had crunched the bolus in pieces with my left side dentition, the more or less parabolic-shaped dental arch of my mandible collided by its furthermost lateral point of arch – the left lower canine – with the parabolic arch of my left maxilla. The anatomic design of the dental arches seemed to predestine that the strong canine teeth should bear the collision of jaw force in lateral excursion. The idea that struck me was that the sensory organs of the periodontium of the colliding canines acted to produce an afferent sensory signal via the brain stem for the muscles of mastication. During the thirty years of dentistry it had never popped in my mind that the sensory information of the pair of canines colliding in laterotrusion is bound to cause a change in my jaw muscle activity. The direction of the closing movement must change after the collision – and the Nature most probably has a solution for that. I was devastated that so far my blurry idea of jaw-closing was only based on a vague assumption that the canine teeth just are strong and inclined in such a way that the momentum of the upward surging mandible is deflected towards mediotrusion.

Inspired by the story of Newton’s Apple, I named my new idea of jaw-closing, “Philosophiae Naturalis Principia Masticatoria”. The Universal Law of Jaw Closing goes as follows in 6 postulates. (Let’s start from the moment that the apple has been placed between the molars, that is, the mandible is already placed in more or less laterotrusion to the working side):

Let’s prove my statement in an experiment.

Put a pencil horizontally between your teeth. Make it sit symmetrically between your back teeth, say, behind the left and right second premolar cusps. Bite. Clench, if you like. How, long can you continue? Quite a long time, do you agree?

Now take the pencil, but this time, put it between your teeth on the front side of the tip of canines – it might get a little support from your central incisors. I does not feel nice. Does it? You try to force your jaw-closing, but the opening reflex is powerful and uncomfortable wobble of the jaw results.